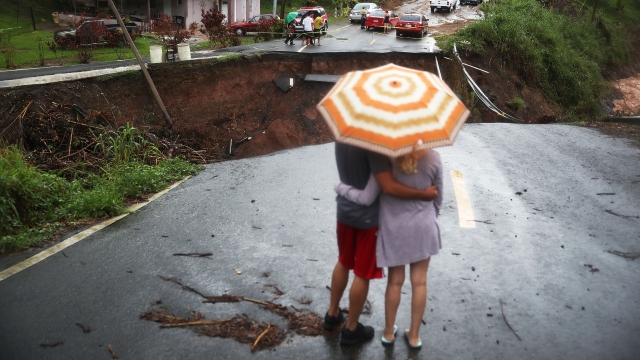 Two funding packages that would have provided aid to hurricane-devastated Puerto Rico failed in the Senate.

President Donald Trump is calling out Senate Democrats for failing to pass disaster aid he says "would have provided great relief to farmers."

The GOP disaster package failed 44-49. It would have allocated $13.5 billion for recovery after natural disasters, like tornadoes, wildfires and flooding, and $600 million in nutrition assistance for Puerto Rico. But Democrats argued Puerto Rico needs more money to rebuild after Hurricane Maria.

Another bill that would have provided disaster aid to Puerto Rico also failed in the Senate Monday because Republicans argued it lacked funding for Midwest states that are dealing with historic flooding. The House-backed legislation failed 46-48. Both bills needed approval from 60 senators to advance to a full floor vote.

In a series of tweets, the president said Puerto Rico has already received billions of dollars in relief funding and accused the island's politicians of spending "the money foolishly or corruptly." He targeted San Juan Mayor Carmen Yulín Cruz, saying, "Politicians like the crazed and incompetent Mayor of San Juan have done such a poor job of bringing the Island back to health."

Yulín Cruz responded, calling President Trump's disaster response "[inefficient] at best," adding, "He can huff & puff all he wants but he cannot escape the death of 3,000 on his watch."

The president also said on Twitter, "The best thing that ever happened to Puerto Rico is President Donald J. Trump." He said the island's leadership "cannot continue to hurt our Farmers and States with these massive payments, and so little appreciation!"

Lawmakers are expected to work on a funding compromise that both sides can agree on.