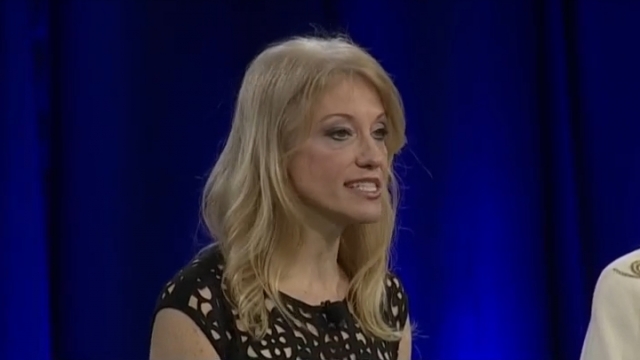 In 2013, Trump campaign manager Kellyanne Conway said that rape wouldn't exist if women were as physically strong as men.

Since launching his presidential bid, Donald Trump's campaign has constantly been in the news for statements that many consider offensive. Well, it happened again.

This time, it's Trump's newest campaign manager, Kellyanne Conway. She was taking part in a round-table discussion on PBS' "To The Contrary" in 2013 when she said this about rape:

What makes the clip even stranger is that Conway made the remarks unprompted. The panel was discussing women in the military and how much physical strength female soldiers should have compared to their male counterparts. The point about rape seemingly came out of left field.

Artists Against Trump founder Lizz Winstead slammed the Trump campaign, saying: "They seem to think it's acceptable to blame rape victims for their assaults, deny women the right to control their own health care, and downplay sexual harassment in the workplace. It's not."