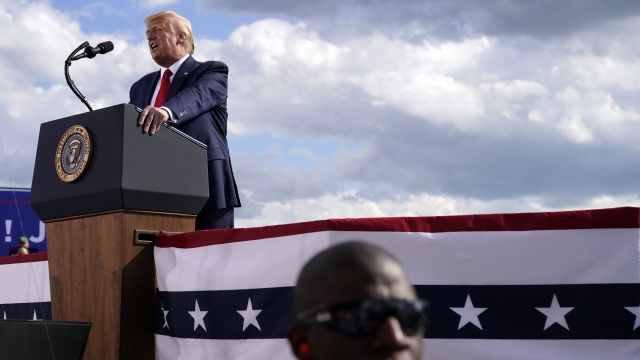 The state will still utilize polling stations, but the campaign is challenging Gov. Phil Murphy's decision to send mail-in ballots to all 8 million people living there.

The campaign filed a similar lawsuit against Nevada earlier this month. President Trump has long decried mail-in voting as "fraudulent," despite evidence to the contrary.

Election officials nationwide have encouraged the use of mail-in ballots to offset the potential dangers of voting in-person during the pandemic.