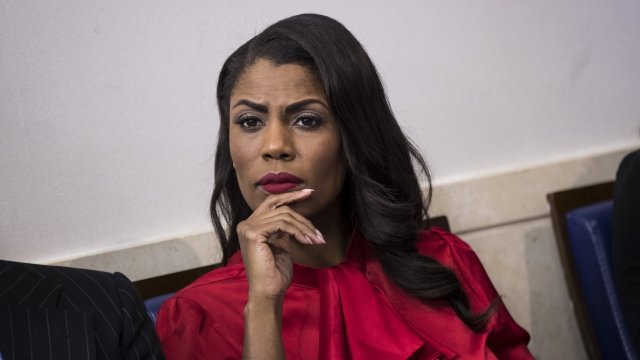 An official told media outlets Tuesday the campaign filed an arbitration accusing her of violating a 2016 nondisclosure agreement she signed with the Trump campaign.

In a statement, the official said, in part, "President Trump is well known for giving people opportunities to advance in their careers and lives over the decades, but wrong is wrong, and a direct violation of an agreement must be addressed and the violator must be held accountable."

This is just the latest in an escalating war of words between Omarosa and the president. After sharing what appear to be secretly recorded conversations with both the president and chief of staff John Kelly, she also claimed she heard Trump use racial slurs on a recording.

Trump responded on Twitter, at some points referring to her as "Wacky Omarosa" and "that dog!"

The legal move comes on the same day Manigault Newman released a tell-all book about her time in the White House, called "Unhinged."

The White House responded to the book's claims, saying it's "riddled with lies and false accusations."