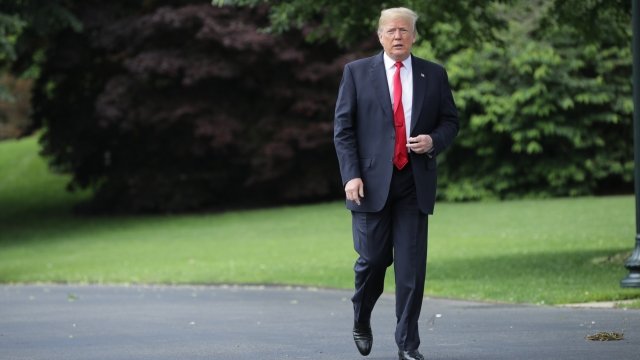 In a letter addressed to Kim, President Trump said he felt it was "inappropriate" to have the highly anticipated meeting.

North Korea says it's still willing to meet with the U.S. after President Donald Trump canceled the upcoming summit with Kim Jong-un.

In a letter addressed to Kim, Trump said he felt it was "inappropriate" to have the highly anticipated meeting, citing Kim's "tremendous anger and open hostility." That letter was sent Thursday morning.

The two leaders had planned to meet June 12 in Singapore.

Thursday evening, North Korea's state-run media published a statement from a top foreign ministry official saying, "We reiterate to the US that there is a willingness to sit down at any time, in any way, to solve the problem."

Trump canceled the meeting following some aggressive rhetoric from North Korea. An official reportedly called Vice President Mike Pence a "political dummy" after Pence mentioned the so-called Libya model for denuclearization in an interview on Fox News. The official also said North Korea was prepared for a nuclear showdown if attacked by the U.S.