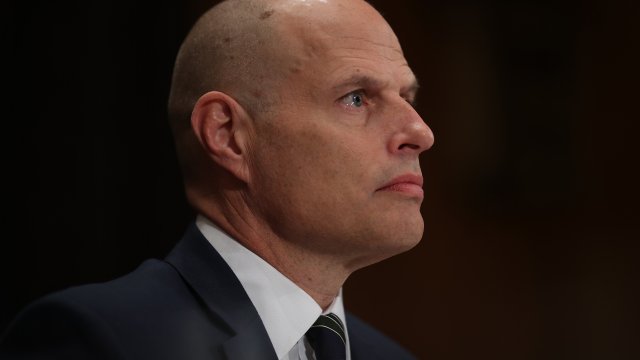 President Donald Trump has changed his mind about whom he's nominating to lead Immigration and Customs Enforcement, or ICE.

He told reporters Friday that he's withdrawing the nomination of Ron Vitiello to head up the agency.

It's not clear what President Trump meant by a "tougher direction." But so far, Vitiello's confirmation process hasn't been easy.

In November, lawmakers delayed a panel vote on the nominee in response to "serious issues" raised by ICE unions, which claimed that Vitiello lacked the judgment needed to lead ICE.

And Vitiello has been criticized for past social media posts, including one comparing then-presidential candidate Donald Trump to Dennis the Menace.

Vitiello's been leading ICE in an acting capacity since last year. He's previously served as deputy commissioner of Customs and Border Protection and as Border Patrol chief.

President Trump hasn't announced whom he now plans to nominate for the position.