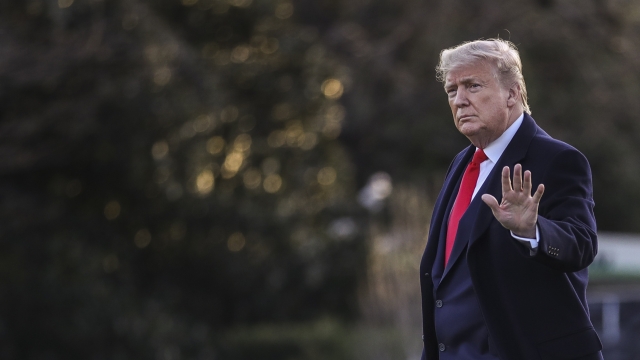 President Trump said Wednesday that additional countries will be added to the "very powerful ban" but didn't offer any details.

"So we have a very strong travel ban, and we'll be adding a few countries to it," President Trump said.

During a news conference at the World Economic Forum in Switzerland, President Trump said Wednesday that "a few" additional countries will be added to the "very powerful ban." But he didn't name those countries or say what kind of restrictions were being considered.

Reports out earlier this week said new restrictions could be imposed on travelers and immigrants from seven countries: Belarus, Eritrea, Kyrgyzstan, Myanmar, Nigeria, Sudan and Tanzania.

But unnamed officials told Politico that list was subject to change. President Trump said the expansion will be announced soon.