Trump Can't Repeal Obamacare Alone, But He May Be Able To 'Implode' It 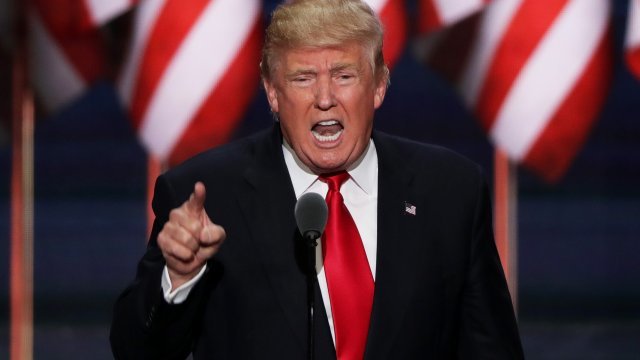 President Donald Trump is threatening to end what he called "bailouts" for health insurers and Congress.

President Donald Trump hasn't had much luck in repealing or replacing Obamacare. But he might be able to "implode" it.

In a recent pair of tweets, Trump threatened to end "bailouts" for insurance companies and members of Congress unless legislators can pass a new health care bill.

The subsidies are estimated to total about $7 billion. And since they're distributed through the executive branch, Trump could stop paying them without Congressional approval.

Here's What Trump Can Do To Obamacare Even Without Congress

The administration has a lot of power to change the Affordable Care Act — for better or worse.

But it's estimated that doing so would spike premiums by 15-20 percent as insurers work to make up their lost revenue.

And the Kaiser Foundation estimates the federal government could actually lose money on that move. That's because it would pay out more in tax credits for low-income people on these more expensive plans.

Trump could also end the federal government's efforts to pay for Obamacare's risk-sharing program. Republicans have blocked those efforts in Congress.

Either of those options could spark a mass exodus from the Obamacare markets as insurers scrambled to avoid risky customers. And that would leave customers with fewer options in an already dwindling marketplace.

As for Congress, its members get their health care through a federal program run by the executive. Trump has the power to mess with that, but he could face lawsuits from unhappy legislators.

White House adviser Kellyanne Conway said Trump will decide this week whether or not to continue the cost-sharing subsidies.