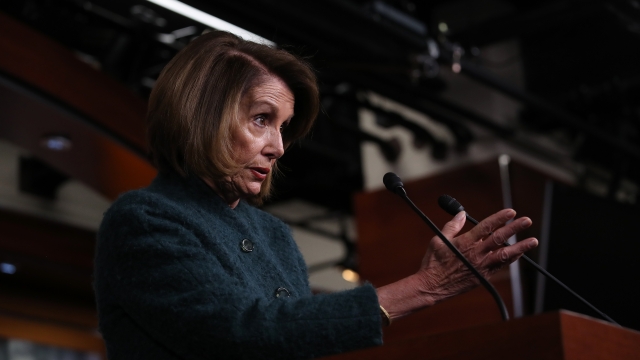 House Speaker Nancy Pelosi had been scheduled to travel to Brussels and Afghanistan with other lawmakers.

The partial government shutdown hit the four-week mark on Friday.

And the standoff between President Donald Trump and House Speaker Nancy Pelosi over border wall funding is not easing up.

On Thursday, the president denied Pelosi the use of a military plane for her planned overseas trip that day to Brussels and Afghanistan with other lawmakers.

In his letter, President Trump wrote, "In light of the 800,000 great American workers not receiving pay, I am sure you would agree that postponing this public relations event is totally appropriate. I also feel that, during this period, it would be better if you were in Washington negotiating with me."

While he didn't explicitly mention it, many outlets viewed President Trump's actions as a response to Pelosi's earlier suggestion that he postpone his State of the Union address until after the government is reopened.

The president did tell Pelosi that she was welcome to still travel overseas commercially if she wished.

According to Pelosi's office, she considered going that route but ultimately decided to postpone the trip because of security concerns resulting from her leaked itinerary. Her travel plans hadn't previously been made public since Afghanistan is an active war zone.