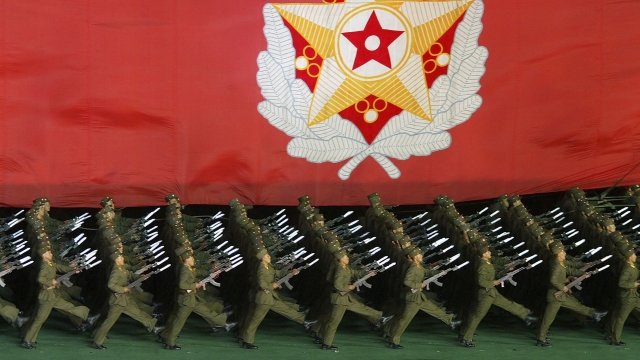 President Donald Trump made the announcement during a Cabinet meeting at the White House, saying the declaration "should have happened years ago."

The U.S. is once again designating North Korea as a state sponsor of terrorism.

President Donald Trump made the announcement during a Cabinet meeting at the White House on Monday, saying the declaration "should have happened years ago."

The decision moves North Korea back onto the list of countries the U.S. considers state sponsors of terror. The three other nations on the list are Sudan, Syria and Iran.

North Korea Has 'Already Heard Enough' When It Comes To Trump

Pyongyang was taken off that list by the George W. Bush administration in 2008 to ease nuclear deal negotiations.

But officials reportedly debated reversing the move as the North continued to develop its nuclear weapons and missile technology.

The State Department will announce the formal designation on Tuesday, and the Treasury Department is expected to announced additional sanctions against North Korea.