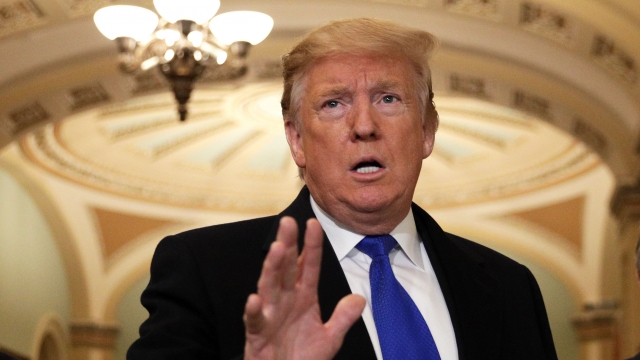 In a series of tweets Monday night, the president said Republicans are working on a "really great" health care plan.

President Donald Trump hinted that Republicans won't vote on a GOP replacement for the Affordable Care Act until after the 2020 election.

In a series of tweets Monday night, the president said Republicans are working on a "really great" health care plan with "far lower premiums (cost) & deductibles than ObamaCare."

He added: "Vote will be taken right after the Election when Republicans hold the Senate & win back the House."

President Trump's comments come just a few days after his administration abruptly resumed its battle against the Affordable Care Act.

Last week, the Justice Department said it agrees with a district court in Texas that the ACA is unconstitutional and should be struck down.

The next day, President Trump told reporters: "The Republican Party will soon be known as the party of health care — you watch."

That said, it's unclear what a replacement bill would look like, or if Congress is even working on one. Republican leaders in the Senate say they're either waiting to see what the courts decide on the ACA — or what the White House proposes as a replacement — before they start working on a bill.