Trump: 'I'd Love' Another Government Shutdown Over Immigration 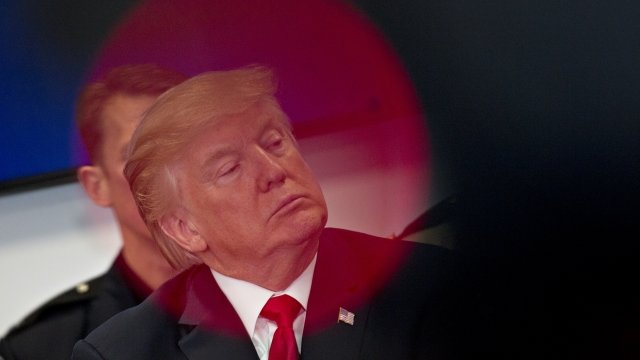 The president made the comment at a roundtable about gang violence.

President Donald Trump said at a roundtable Tuesday, "I'd love to see a shutdown if we don't get this stuff taken care of."

He was referring to immigration policy at a meeting to discuss MS-13 gang violence. The government recently closed for three days after negotiations over the Deferred Action for Childhood Arrivals program fell apart.

Trump dismissed another bipartisan immigration deal Monday, calling it "a total waste of time" because he said it didn't provide enough funding for border security or a wall along the U.S.' southern border.

After that shutdown Congress passed a stopgap spending bill, which expires Feb. 8.