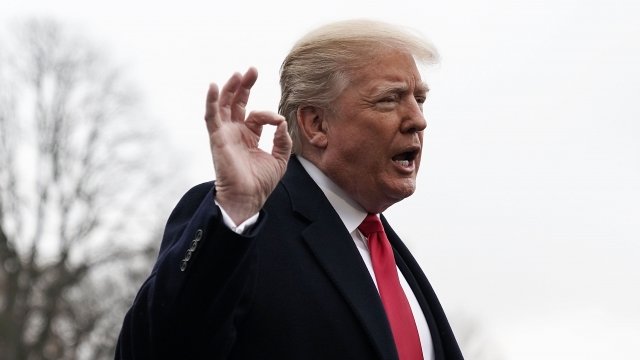 Trump's lawyer Michael Cohen paid Clifford — aka Stormy Daniels — just before the election, allegedly so she would stay quiet about an affair she claims she had with the president in 2006.

Cohen reportedly drew that money from a private firm he created in Delaware. When asked Thursday if he ever set up a fund that Cohen could draw from, the president ignored the question, though he did tell reporters he didn't know where his lawyer got the money.

The president's comments come just after news his team of lawyers is looking to settle the legal battle with Clifford quietly through arbitration instead of letting a jury decide the case.