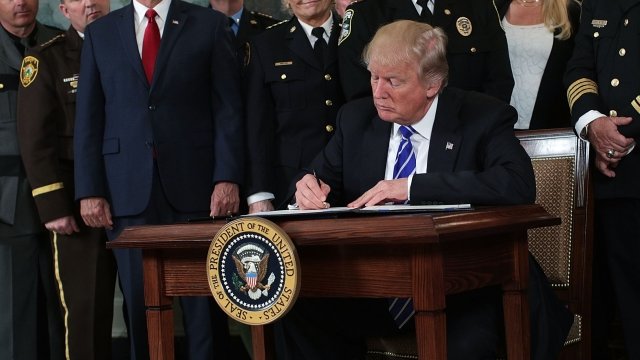 The GOP's tax bill may not be signed by Christmas after all.

Though both chambers of Congress passed the tax bill this week, President Donald Trump may have to wait until January to sign it into law.

That would avoid the "PAYGO" or "pay-as-you-go" budget law. Because the tax bill is projected to add to the deficit, the PAYGO law would force automatic spending cuts to Medicare and other programs.

Congress can waive the spending cuts, but if Trump signs the bill before 2018, lawmakers would have to do it before they adjourn in December. The waiver would also need 60 votes in the Senate, and Democrats would likely block that unless Republicans concede on some aspects of their tax bill — like restoring the Affordable Care Act's individual mandate.

If Trump signs the tax bill in January, the spending cuts could be delayed until 2019 and Congress would have a year to pass the waiver — not one month.