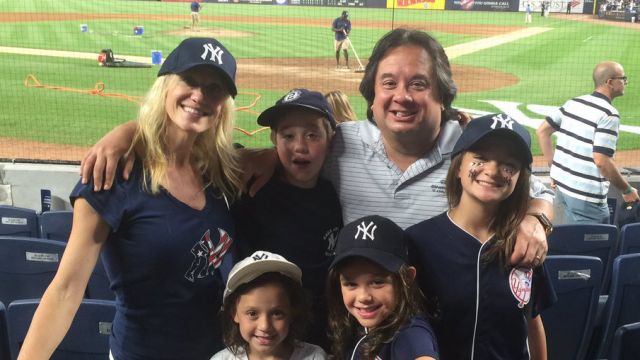 Several media outlets report George Conway will be appointed the head of the Department of Justice's civil division.

Enough Kellyanne. There's another Conway you should know about.

Meet George, Kellyanne's husband. People are talking a lot about George Conway starting a job at the Justice Department.

Reports of that appointment are based on anonymous sources, so it's not definite President Donald Trump will pick Conway. But, if he does, who is this guy? And what would he be doing?

Conway has been a partner at the New York law firm Wachtell, Lipton, Rosen & Katz since 1994. He has a long track record of representing large corporations. He's argued before the Supreme Court once, winning a case in favor of a huge Australian bank.

Kellyanne Conway promoted Ivanka Trump merchandise after it was dropped or downgraded by stores.

He was also responsible in 1995 for making ABC apologize to big tobacco companies Philip Morris and R.J. Reynolds. ABC had reported the companies manipulated nicotine levels in their cigarettes to addict smokers. That assertion turned out to be true. More than a decade later, a separate court case ruled that big tobacco had been lying to the public for years.

Several media outlets report Conway will be appointed the head of the DOJ's civil division. That's the part of the Justice Department that oversees legal cases on national policy.

The head of the civil division is also in charge of cases involving immigration — like Trump's travel ban. They also oversee cases involving the removal of people in the country illegally, which has been a major focus of Trump's presidency so far.

If Conway is selected for the job, the Senate will need to confirm his appointment.