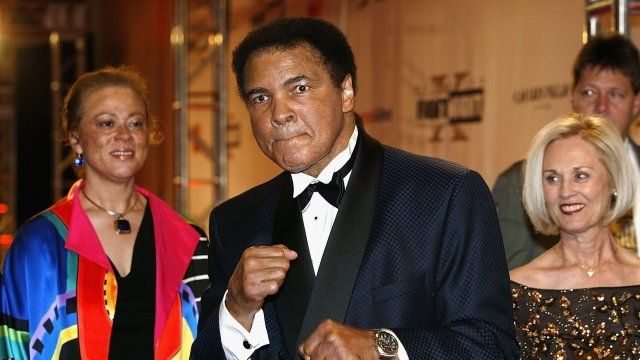 The boxing legend was convicted of draft evasion in 1967. The U.S. Supreme Court overturned that conviction years later.

Ali was convicted of draft evasion in 1967 after he refused to serve in the military during the Vietnam War.

But the U.S. Supreme Court overturned Ali's conviction in 1971, which his attorney says makes a pardon "unnecessary."

The boxing legend passed away in 2016, so if Trump did end up granting the pardon, it would be purely symbolic anyway.

On Friday, Trump said Ali was one of 3,000 people he's considering granting pardons to, noting many of them "have been treated unfairly."

In late May, Trump said he's considering a pardon for Martha Stewart, who served five months in a federal prison for conspiracy, obstruction of justice and lying to federal investigators.