Trump Might Pull U.S. Out Of International Surveillance Treaty 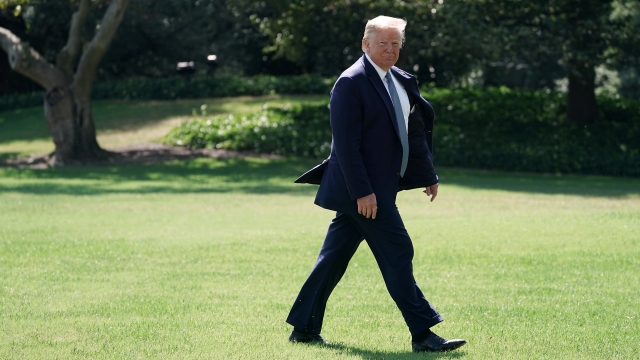 The Open Skies Treaty allows the 34 participating nations to perform unarmed aerial surveillance flights over any other country in the agreement.

President Donald Trump reportedly plans to back out of yet another international treaty.

His administration is expected to withdraw from the Open Skies Treaty soon. That deal was signed in 1992 and went into force in 2002. It allows the participating nations to perform unarmed aerial surveillance flights over any other country that's signed on.

The 34 member states include the U.S., Canada, Russia and most of Europe. The treaty aims to promote openness and transparency through these surveillance flights, not intelligence gathering. Well over 1,000 observation flights have been flown, and the images gathered can be shared with every participating country.

A vast majority of the Open Skies flights are either Russia surveilling other countries or other countries surveilling Russia. And compliance has been a concern for years. Russia has been accused of restricting surveillance flights over certain regions. The U.S. has also complained about Russia not sharing all the images its aircraft have gathered.

Word of the impending withdrawal reached Congress, and reaction among lawmakers has been split. Sen. Tom Cotton supports leaving the treaty, saying Russia has been violating it for years. But fellow Republican Rep. Don Bacon does not. He says the treaty gives the U.S. "valuable access to Russian airspace and military airfields on short notice."

On the Democratic side, the head of the House Foreign Affairs committee wrote a letter to the White House. Rep. Eliot Engel called the reported withdrawal a "reckless action" that "would only benefit Russia."