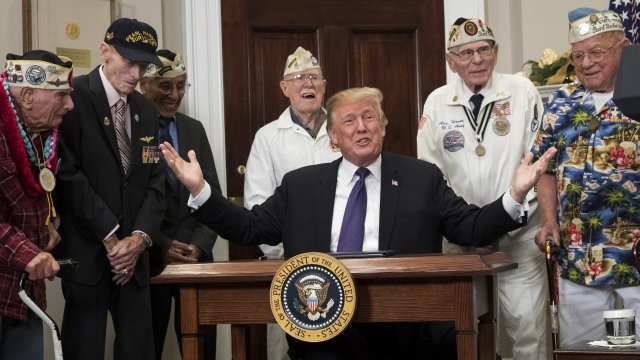 "Today, our entire nation pauses to remember Pearl Harbor and the brave warriors who on that day stood tall and fought for America," Trump said.

Trump was joined by six Pearl Harbor veterans who he praised as heroes. The president also promised them his administration would build up the military.