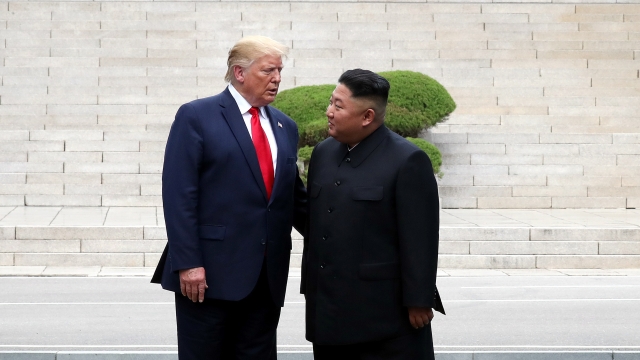 "We're not looking for speed. We're looking to get it right," President Donald Trump told reporters.

President Trump told reporters Sunday the two countries will designate nuclear negotiating teams. He said those teams will meet and start working together in the next few weeks, but they're not looking to rush into an agreement.

The U.S. and North Korea have seemingly come to a standstill on the denuclearization issue since President Trump and Kim's Vietnam summit earlier this year.

But some experts are a little skeptical about the kick-started talks, since North Korea and the U.S. are still at odds over how and when the North will give up its nuclear weapons program.