Report: President Trump Under Investigation For Obstruction Of Justice 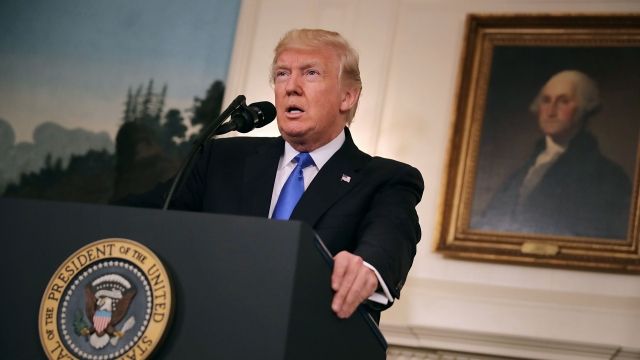 The Washington Post is reporting that President Donald Trump is under investigation for obstruction of justice.

Sources told the Post that Robert Mueller, the special counsel appointed to oversee the Russia probe, has broadened the scope of the investigation to include how Trump handled the firing of FBI Director James Comey.

Director of National Intelligence Dan Coats and National Security Agency head Mike Rogers have agreed to interviews with Mueller and his team.

It's been reported Trump had repeated contact with Coats and Rogers, and even asked them to publicly deny that evidence existed showing coordination between the Trump campaign and Russia.

The two intelligence heads have testified about the probe in public hearings, but wouldn't verify those reports about their private conversations with the president.

It's not just U.S. Attorney General Jeff Sessions. The Russian ambassador has had several other meetings with the Trump team. We map it all out.

That could change in their talks with Mueller. Executive privilege — an unwritten rule that allows the president to keep certain information a secret — doesn't apply to criminal investigations.

Trump hasn't invoked executive privilege so far, but the two intelligence chiefs were careful about publicly discussing anything that could fall under that protection.