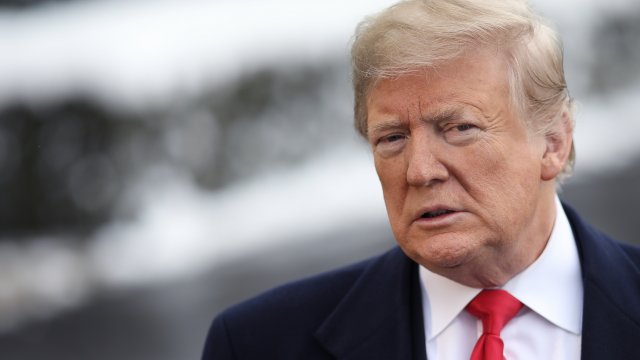 House Speaker Nancy Pelosi said the president's proposal was a "non-starter" and urged him to pass bills next week to re-open the government.

On the 29th day of the longest partial government shutdown in U.S. history, President Donald Trump is offering Democrats some concessions to reopen the government.

He made what he called a "major announcement" on Saturday from the White House. The president previously teased the statement on the "Humanitarian Crisis on [the] Southern Border and the Shutdown" in a tweet Friday afternoon.

The president offered to extend some protections for the Deferred Action for Childhood Arrivals recipients and extend the legal status of people who are allowed to stay in the U.S. under the temporary protected status designation. However, he reiterated his demand for $5.7 billion to fund a border wall.

Negotiations to reopen the government have been stalled for weeks. House Speaker Nancy Pelosi has previously said Democrats are willing to discuss funds designated for border security but not for a border wall.

While the commander-in-chief has tossed around the idea of declaring a national emergency to go around Congress and fund the border wall project if all else fails, he didn't do so in his Saturday speech.