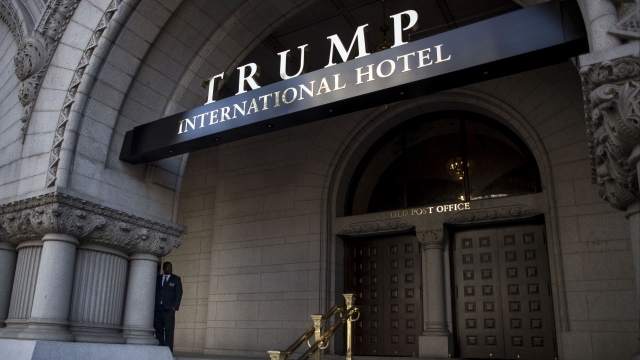 Word of the Trump Organization possibly offloading the property in Washington D.C. started to spread in October 2019.

Anyone interested in taking control of the Trump International Hotel in Washington D.C. has till Jan. 23 to put in a bid.

Word of the Trump Organization possibly offloading the property started to spread in October 2019. The company reportedly wants $500 million to take over the lease, but brokers and investors think that price is a bit far-fetched.

Before he took office, President Trump's company signed a 60-year lease for the Old Post office building and spent millions turning it into a high-end hotel. But the Washington D.C. hotel has been a source of controversy throughout his time in the White House.

If the president's company strikes a deal to sell the lease, the new owner would presumably be free to re-brand the hotel without the Trump name.