Who Could Be Targeted In Trump's Planned ICE Raids? 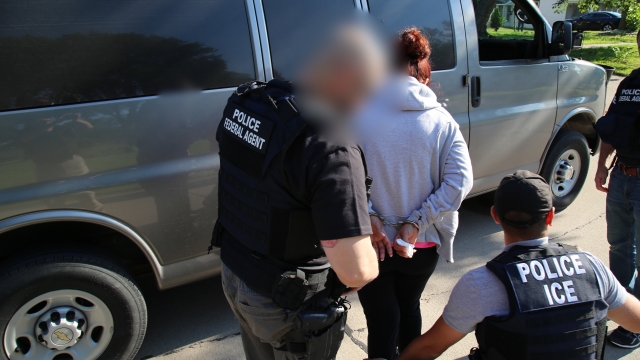 "ICE is going to be apprehending them and bringing them back. And we have a very big system for that, and it's been very effective and it will be very effective," President Trump said.

ICE officials previously said they would target migrant families with what's called "final orders of removal." That implies that these people have been through an immigration court proceeding that ended with a judge issuing an order of removal. Once that order becomes final, ICE is allowed to enforce it.

Migrants with final orders of removal can apply for a stay of their deportation. The filing fee is $155 and a separate application must be filled out for each family member.

The US Deports People In 2 Main Ways. The Difference Is Crucial.

Under former President Barack Obama, total deportations from the U.S. were down, but the harshest type of deportation was up.

Being arrested by ICE isn't the end of the process. The government has to arrange transportation and travel documents before migrants can be removed from the U.S., and the deportees may be held in ICE detention while all that's worked out. That process could take time, especially if home countries aren't willing or able to cooperate.

In the 2018 fiscal year, ICE arrested and deported over 95,000 people. The planned operation will reportedly target about 2,000 people.