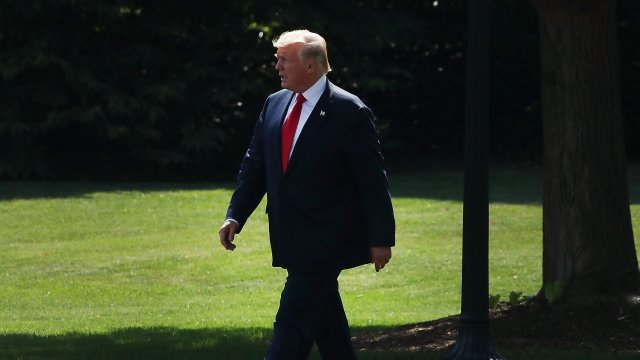 The White House is getting the ball rolling on an investigation into how China uses its intellectual property policies.

The Trump administration is reportedly planning a probe into how China handles intellectual property rights.

But action is still a long ways off. An executive memorandum would only direct the U.S. trade representative to consider investigating China's IP policies.

Trump routinely promised to go after China on trade during his presidential campaign, but he's softened his approach since taking office.

The op-ed article from China's state-owned newspaper also said China would step in if the U.S. attacks the North first.

That's probably because Trump is still seeking China's cooperation in dealing with the threat of North Korea's nuclear program. China recently supported a new round of economic sanctions on North Korea during a United Nations vote.

An administration official told reporters Saturday the two issues were being dealt with separately. But Trump had linked them last Thursday.