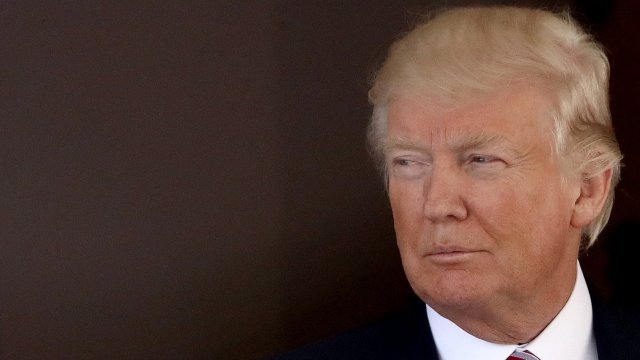 The White House will likely do away with President Barack Obama's Deferred Action for Childhood Arrivals plan, or DACA, according to an NBC News report.

DACA helps give work visas to people living in the U.S. illegally if they meet several criteria. They have to come to the U.S. before age 16, be in the country for at least five years and get an education or serve in the military, and they cannot have committed any serious crimes.

President Donald Trump campaigned on a strong anti-undocumented immigration platform, and he promised to cut back the number of DACA recipients.

But after his election, Trump indicated DACA recipients would be safe under his administration.

People in the program have to renew their statuses every two years. If the order is rescinded, then their visas could expire, leaving them undocumented immigrants once again.

More than 800,000 people have received work permits through DACA since its inception in 2012. NBC reports an estimated 200,000 more have requested DACA protections since Trump's inauguration.

Trump only has a few more days to make up his mind. Several states' attorneys general are planning to sue the federal government over DACA on Sept. 5, forcing him to make a decision.

The White House says it still has yet to come to an official decision.

"The DACA program is under review. It continues to be under review, and when we have an announcement on it we'll let you guys know," White House press secretary Sarah Huckabee Sanders said.