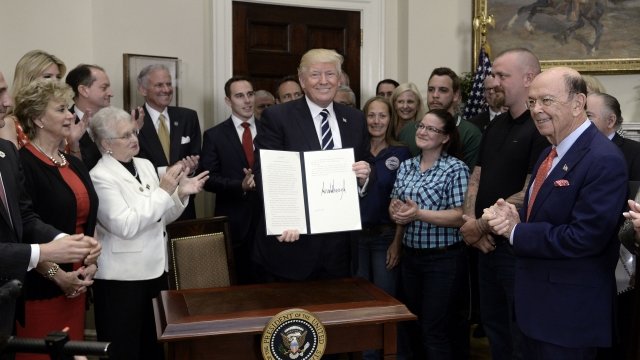 Trump's challenges to employers and educators is in line with his order to expand apprenticeships and other job training programs.

"Apprenticeships place students into great jobs without the crippling debt of traditional four-year college degrees. Instead, apprentices earn while they learn — which is an expression we're using: Earn while you learn," Trump said in June.

Last week, the policy theme was infrastructure. This week, it's workforce development.

While apprenticeships have been historically linked to skilled trades or manufacturing, many newer programs are office and tech-oriented.

Because of the benefits of apprenticeships, plans to expand the programs are pretty bipartisan.

During her 2016 campaign, Hillary Clinton called for a tax credit for businesses that hire apprentices. In 2015, the Obama administration also invested more than $175 million in American Apprenticeship grants. It was the first annual funding for registered apprenticeships in the U.S.