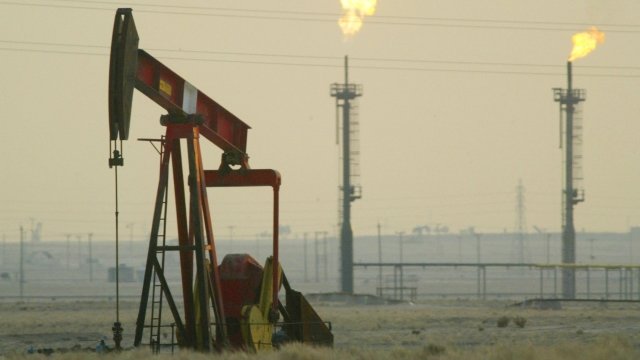 Oil prices have been going up in recent weeks.

President Donald Trump says he's pushing Saudi Arabia to ramp up its oil production and that the country has agreed.

In a tweet Saturday, Trump said he spoke to King Salman and asked him to try to put out more oil. He says the increased production is necessary due to "dysfunction in Iran and Venezuela."

Oil prices have been increasing as markets worry about declining oil exports from Iran — that's following President Trump's decision to withdraw from the Iran nuclear deal. The continued political crisis in Venezuela has also contributed to the price increase.

The push to increase Saudi oil output is reportedly key to the Trump administration's plan to put pressure on the Iranian government. The administration has also asked other countries to stop importing oil from Iran, warning any country that doesn't could face sanctions.

Saudi Arabia confirmed King Salman had talked with Trump but didn't confirm that it would actually ramp up oil production.