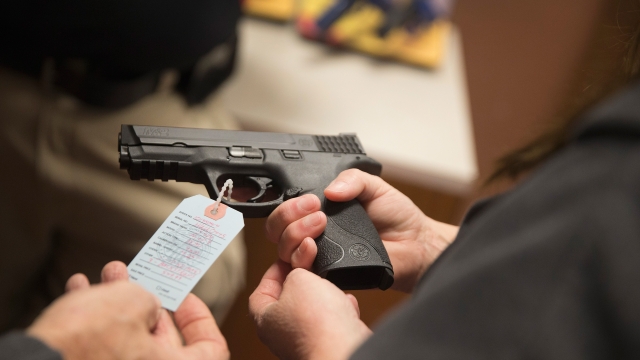 As expected, President Donald Trump signed a bill that had already passed both houses of Congress.

As expected, President Donald Trump signed a bill that had already passed both houses of Congress.

At the end of his term, former President Barack Obama mandated the Social Security Administration hand the FBI info on any person with a "documented mental health issue" who can't manage their disability benefits without a representative.

Chicago Could Be Getting More Federal Help With Gun Violence

The Bureau of Alcohol, Tobacco, Firearms and Explosives reportedly hopes to transfer about 20 agents to Chicago to form a task force.

The Obama administration predicted the rule would affect roughly 75,000 people. Supporters argued it kept some with serious mental health issues from buying guns.

But opponents argued the rule was too broad and overestimated the risk to the public.

To be clear, studies have found having a mental illness doesn't increase a person's chances of using a gun violently and only slightly increases the risk of a gun-related suicide.