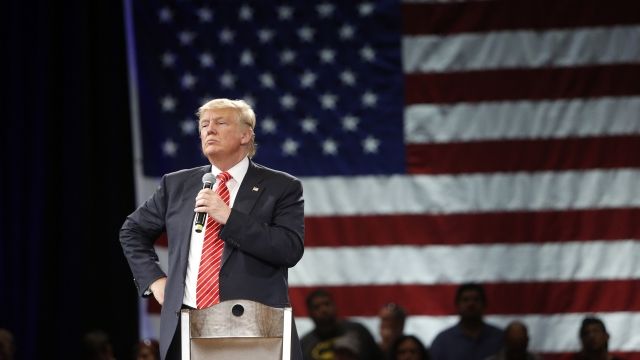 In a campaign-style rally in Nashville, President Donald Trump criticized a Hawaii judge for blocking his second travel ban.

"The order he blocked was a watered-down version of the first order. That was also blocked by another judge and should have never been blocked to start with," Trump said.

In his decision, U.S. District Judge Derrick Watson said a reasonable person would conclude Trump's ban "was issued with a purpose to disfavor a particular religion."

But Trump maintains his effort to restrict travel from several Muslim-majority countries and temporarily halt the U.S. refugee program is about safety.

"The best way to keep foreign terrorists — or as some people would say, in certain instances, 'radical Islamic terrorists' — from attacking our country is to stop them from entering our country in the first place," Trump said.

The president said he would take the case to the Supreme Court.