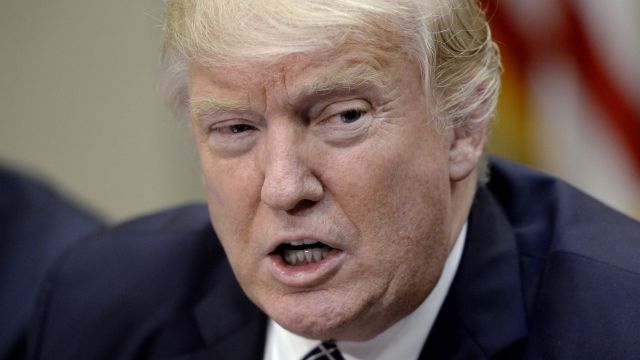 In a phone call with the leaders of Canada and Mexico, President Trump said he won't withdraw from the trade deal "at this time."

The Trump administration has decided not to withdraw from the North American Free Trade Agreement. At least, not yet.

According to a statement from The White House, President Donald Trump told leaders from both Mexico and Canada that he won't terminate the NAFTA treaty "at this time."

Trump has been pretty vocal about his opposition to NAFTA.

"NAFTA has been a terrible deal, a total disaster for the United States from its inception," President Trump said.

The arguments about lumber and dairy are old, but their effects could put jobs and the future of free trade in North America at risk.

But despite what Trump has said, pulling out of NAFTA could have its own downside.

The U.S. Chamber of Commerce, a frequent champion of the deal, claims 5 million U.S. jobs rely on the increased trade NAFTA has generated.

If Trump does decide to pull the trigger later, he has to give six months notice before the U.S. withdraws. The agreement will still apply to trade between Canada and Mexico.