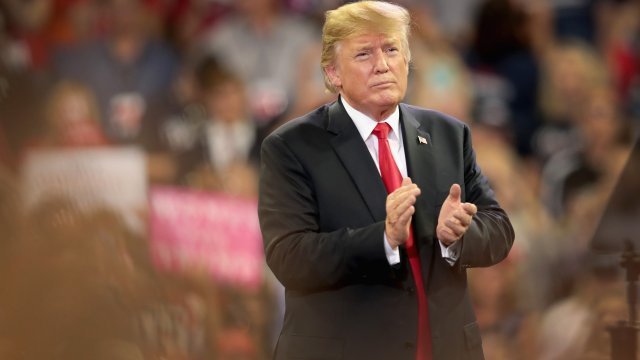 The Obama-era policy aimed to protect oceans, the coasts and the great lakes.

President Donald Trump rolled back an Obama-era policy aimed at protecting oceans, the coasts and the great lakes.

The Obama policy was enacted following the Deepwater Horizon oil spill. The policy stressed the need for the U.S. to not just protect its oceans but to maintain and restore their health and biological diversity.

That language is largely absent from Trump's executive order, which was issued Tuesday. Instead, the president's order focuses more on economic growth, marine industries and national security issues.

The National Resource Defense Council released a statement calling Trump's policy an "irresponsible move" and stressed the need for federal and state agencies to continue working together on keeping the U.S.' waters healthy.