Trump's Business Could Make His Presidency An Ethical Minefield 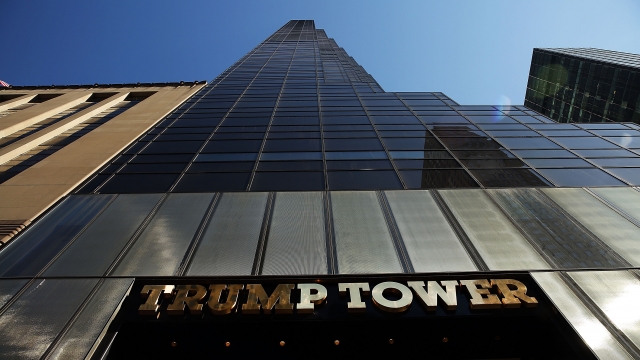 Donald Trump's promise to turn over control of his business to his kids has ethics experts concerned.

We're starting to get a sense of the complexities the forthcoming Donald Trump presidency might bring.

"Donald Trump founded and continues to play a significant role in the Trump Organization, which is an international company that has partnerships, a large number of them undisclosed, all over the world," reporter Kurt Eichenwald told CNN.

Trump owns more than 500 entities and has dealings in five continents. His vast business portfolio provides an unprecedented amount of potential conflicts of interest, and the way he's handling it isn't helping.

Presidents usually put their finances into what's called a blind trust, letting an independent third party handle their money so they can't use their power for personal gain. Trump is instead letting his kids handle his organization.

Putting it bluntly, letting your kids run your business is not a blind trust.

And it's not as if Trump's children will be totally independent from his administration, either. His three eldest, Donald Jr., Eric and Ivanka, are all on his transition team.

The Constitution precludes government officials from taking money from foreign governments without an OK from Congress. Ethics experts say there's functionally no difference between someone's personal interest and the interests of their immediate family members.

The Trump Organization says it will release a plan next week on how the company will handle a Trump presidency.