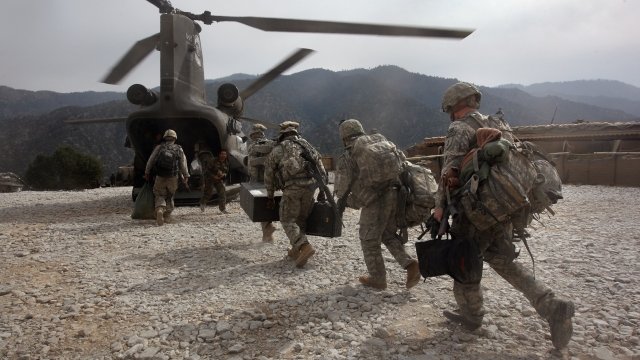 President Trump has wanted the U.S. out of the Afghan war for years. But now that he's in the White House, actually doing that isn't so easy.

For years as a private citizen and then as a presidential candidate, President Donald Trump advocated for withdrawing U.S. troops from Afghanistan. But now that he's commander in chief, the realities of a 16-year-old war offer increasingly unattractive options — both for the military and for the president as he seeks political wins.

Newsy spoke with Andrew Egger, a reporter for The Weekly Standard, who discussed how Trump's inner circle convinced him to follow the path forward in Afghanistan.

How Afghanistan Reacted To Trump's Military Plans For The Country

Afghan officials seem to be on board with reinvesting military resources in the area.