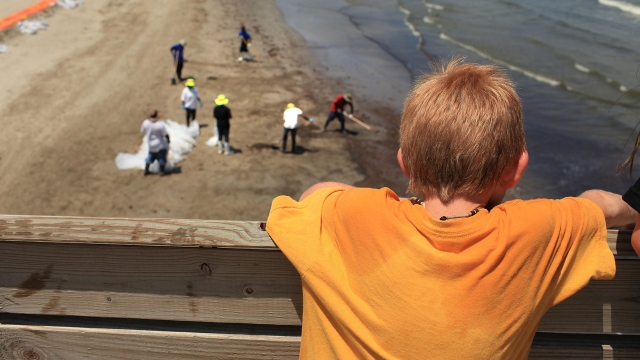 The White House released a budget blueprint Thursday that would cut the EPA's funding by 31 percent.

The White House released a budget blueprint Thursday that would cut the EPA's funding by 31 percent.

That would bring its current budget of $8.2 billion down to $5.7 billion, which The New York Times says would be the lowest in 40 years, after adjusting for inflation.

Fewer funds means fewer people, too. The new budget would eliminate 3,200 of the agency's jobs, or about 20 percent of its current workforce.

Remember, this budget proposal is just that — a proposal. But critics say, if it becomes a reality, they're afraid it could cripple the EPA and endanger public health in the process.

As expected, the proposed budget includes significant cuts to many federal agencies, like the State Department and Environmental Protection Agency.

The new budget would slash more than 50 of the agency's programs. Among them — a grant program that helps cities and states fight air pollution and a program that aims to improve energy efficiency.

And funding for waste cleanup programs across the country, like the Chesapeake Bay project, would be cut to zero.

These cuts aren't exactly surprising. Ahead of the election, President Donald Trump vowed to get rid of the EPA "in almost every form."

But Congress controls the purse strings here, and lawmakers could end up increasing spending for the EPA past what the administration has proposed.