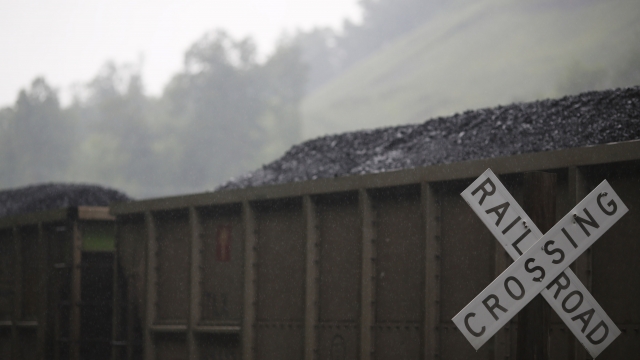 The Trump administration is focused on coal jobs, but the numbers show an energy industry with different priorities.

Before and after the election, President Donald Trump has been huge on bringing energy jobs back — specifically the ones in coal.

"My action today is the latest in a series of steps to create American jobs and to grow American wealth," Trump said when he signed the executive order to roll back the Clean Power Plan. "We will produce American coal to power American industry."

But coal mining jobs have been steadily declining since 2011, and according to the latest numbers out there, the U.S. isn't planning to open a single new coal plant this year. Obama-era regulations like the Clean Power Plan put pressure on the industry, but the energy economy now favors the much stronger oil and gas market.

Also consider the renewable energy sector, which already dwarfs mining and where jobs have done almost nothing but grow. Wind especially is expected to be the hottest job market in the country through 2024. Big players like GE say they can't hire wind technicians fast enough to meet demand.

But Trump hasn't done or said much about renewable energy since he was elected. The administration's energy plan doesn't mention wind or solar at all.