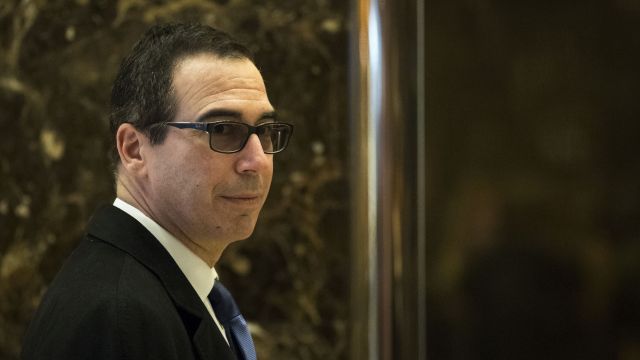 Donald Trump's treasury secretary pick not only has deep Wall Street ties, but also represents the opposite of Trump's campaign rhetoric.

Donald Trump's treasury secretary pick is Steve Mnuchin — a veteran of Goldman Sachs and a Wall Street insider, which is odd.

He then worked for George Soros — another target Trump went after on the campaign trail.

Mnuchin has said he wants to roll back parts of Dodd-Frank, which put more regulations on Wall Street in hopes of avoiding another financial crash.

So, Wall Street guy. Hedge fund guy. Does that make for a good treasury secretary?

Well, both Bill Clinton and George W. Bush tapped Goldman execs to lead the Treasury Department, so it's not unprecedented.

But Trump also made it a point during his campaign to rail against both Ted Cruz and Hillary Clinton for supposedly being too cozy with Goldman.