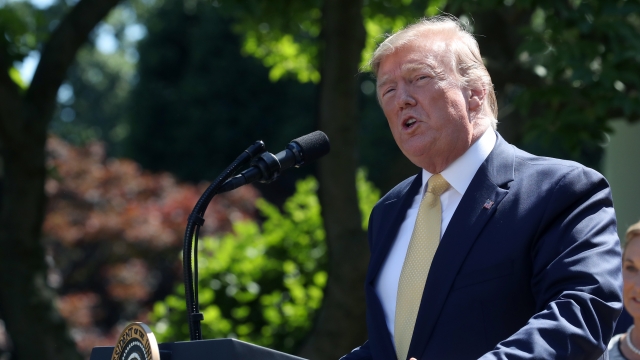 President Trump is on the verge of replacing NAFTA with his own trade deal. Here's how the USMCA differs from its predecessor.

President Trump is on the verge of accomplishing one of his main trade policy goals: replacing the much-maligned trade deal NAFTA with a pact of his own making. But what's changing in the new USMCA trade agreement that's heading for Trump's desk?

Labor protection is a top priority in the new deal. NAFTA was blamed for an exodus of U.S. manufacturing jobs to Mexico — though the trade deal's actual effect on employment is hard to judge.

The USMCA seeks to reverse course by introducing higher labor standards for Mexican workers. New enforcement provisions pushed by House Democrats could let the U.S. penalize or block imports from factories that don't live up to the USMCA's labor reforms.

The measures are designed to stop U.S. businesses from moving across the southern border to take advantage of cheaper labor in Mexico.

The pact includes some other minor changes to the trade status quo: Canada will have to accept more dairy products from U.S. markets, and car makers will face stricter requirements to ship vehicles across the border tariff-free. At Democrats' urging, the deal also strips out patent protections for drugmakers.

One area that's entirely new in the deal are the digital trade provisions. The USMCA blocks countries from requiring data to be stored locally in their territory, making it easier for tech companies to do business across borders.

Signing the USMCA secures some short-term stability for North American trade. President Trump had threatened to pull out of NAFTA if the agreement wasn't signed.

But the USMCA isn't guaranteed to be around forever: the deal terminates in sixteen years, unless its members unanimously decide to extend it.