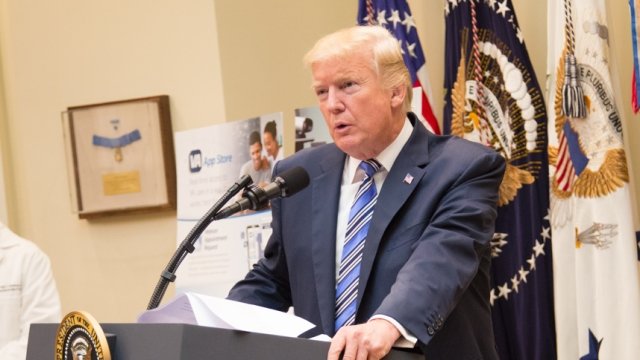 President Trump is apparently ready to declare the opioid crisis a national state of emergency.

Trump said: "We're going to draw it up, and we're going to make it a national emergency. It is a serious problem, the likes of which we have never had."

Trump's move is in line with what his opioid task force recommended in its first interim report on the crisis.

The declaration could relax some federal rules and give the Trump administration and local governments more flexibility on how they combat the crisis. Some regions have been battling opioids with nontraditional programs, like needle exchanges or equipping police officers with drugs to treat opioid overdoses.

The new unit, which Sessions called a "data analytics program," will "identify and prosecute" those who are "contributing to this opioid epidemic."

Price told the press: "The resources that we need or the focus that we need to bring to bear to the opioid crisis at this point can be addressed without the declaration of an emergency. Although, all things are on the table for the president."

Trump has previously suggested he'd combat the opioid crisis by empowering law enforcement and cracking down on drug use.