The US Now Has More Freedom To Conduct Airstrikes In Somalia 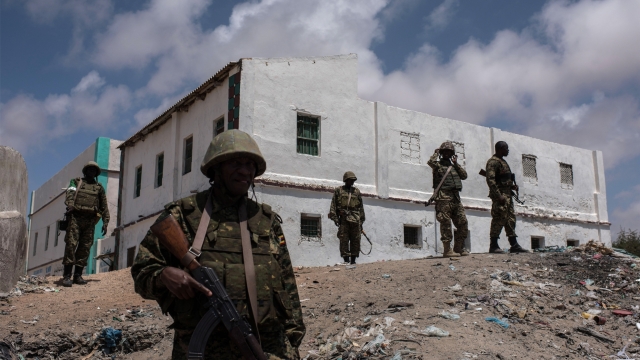 The strikes will target Al-Shabab, a Somali Al-Qaeda affiliate.

The strikes will target Al-Shabab, an Al-Qaeda affiliate operating in Somalia. Previously, the military was limited to striking only in areas with "active hostilities" or in certain self-defense situations.

The announcement comes as the U.S. investigates reports that its own airstrikes killed civilians in Syria and Iraq.

Odds Of Being Killed By A Refugee Terrorist? 1 In 3.6 Billion

An exhaustive study looking at foreign-born terrorists in the U.S. from 1975 to 2015 found the annual chance of dying in an attack is very unlikely.

U.S. airstrikes in late March might have killed dozens of people near Raqqa, Syria.

And a separate airstrike in the country killed at least 40 people and injured dozens. Local rights groups say the strike targeted a mosque in northern Syria. U.S. officials denied that claim but said investigations into reports of civilian casualties were underway.

And in the city of Mosul, Iraq — which ISIS controls part of — U.S. strikes that Iraqi special forces requested might have killed as many as 200 civilians.