There Are Some Exceptions To Trump's Executive Order On Refugees 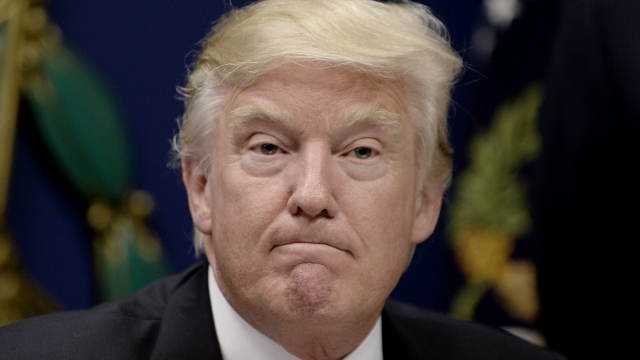 Just a week into his term, President Donald Trump signed an executive order temporarily barring anyone from seven Muslim-majority countries from entering the U.S.

Individuals from Iraq, Iran, Syria, Yemen, Sudan, Libya and Somalia can't enter the U.S. for the next 90 days. The order also bars refugees for 120 days and Syrian refugees indefinitely.

Trump has repeatedly called for a stronger vetting system for visas and refugees. Among other things, the executive order calls for a biometric tracking system for all travelers to the U.S.

We've got the numbers.

But there are some exceptions tucked into the order. The U.S. secretaries of state and homeland security can team up and admit anyone if they think it serves the nation's interest.

That includes anyone who is part of an existing agreement between the U.S. and another country, people who are already on their way to the U.S. and would face hardship if they were turned away, and religious minorities.

It's the religious minorities exception that's getting more attention than the others.

That's at least partially due to an interview Trump did with the Christian Broadcasting Network shortly before signing the order.

Roughly the same number of Christian and Muslim refugees were admitted to the U.S. in 2016. While it's true that most of the refugees from Syria were Muslim, Pew Research Center points out that Muslims make up the majority of Syrians.

Still, Trump told the broadcast network that Christian refugees will get priority. The order itself calls for prioritizing members of religious minorities who claim to face religion-based persecution.