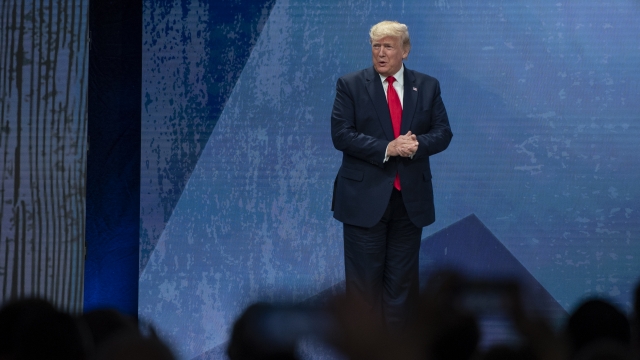 During an impromptu news conference before his departure from Davos Wednesday, President Trump lashed out at Democrats over the trial.

"I'll tell you the way I look at it, it's a total hoax. It's a disgrace," President Trump said.

President Donald Trump wrapped up his trip to the World Economic Forum in Switzerland by condemning the Senate impeachment trial taking place back home.

During an impromptu news conference before his departure from Davos Wednesday, President Trump lashed out at Democrats over the trial, specifically House impeachment managers Adam Schiff and Jerry Nadler.

"These two guys, these are major sleaze bags. They're very dishonest people. ... I'd sort of love to sit right in the front row and stare at their corrupt faces, I'd love to do it," President Trump said.

President Trump will arrive back in Washington as the Senate impeachment trial against him moves forward. A resolution approved by senators Tuesday night calls for opening statements to start on Wednesday. Each side will have 24 hours over the course of three days to present their case.