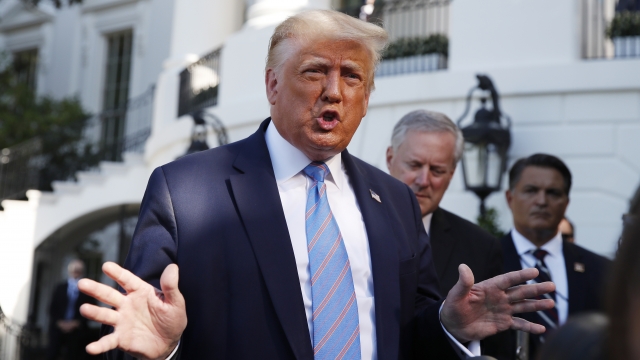 The president said the White House would be a "very convenient location."

President Donald Trump is facing criticism for suggesting he'd give his Republican nomination speech at the White House.

President Trump said Wednesday it would be the ideal place for his acceptance speech. But some lawmakers are concerned it would violate the Hatch Act. The act prohibits federal employees from participating in partisan political activities at the White House.

"It is legal. There is no Hatch Act, because it doesn't pertain to the president. But if I use the White House, we save tremendous amounts of money for the government in terms of security, traveling."

The president is right about part of that. The Hatch Act doesn't apply to the president or the vice president. But legal experts worry White House staff who plan or attend the event could be in violation.

The Republican convention is scheduled for Aug. 24-27, with President Trump's speech closing out the event.