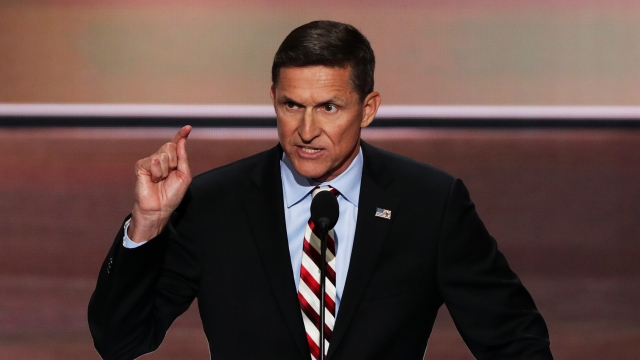 "Other experts are now saying that the Russians are releasing these emails for the purpose of actually helping Donald Trump," Hillary for America campaign manager Robby Mook said.

But he actually retweeted a comment, which included an anti-Semitic message.

Flynn later deleted the tweet and tried to explain it away as a mistake.

Trump has received allegations of anti-Semitism before.

He tweeted a graphic of Clinton, calling her the "most corrupt candidate ever." Some said the six-pointed star and pile of money echoed Jewish stereotypes. Trump eventually tweeted a version of the image without the star.

Trump has had prominent supporters accused of anti-Semitism before, too, including David Duke, a former member of the Ku Klux Klan.

This incident with Flynn comes less than a week after the former general gave a speech supporting Trump at the Republican National Convention.

"Donald Trump knows that the advantage in life, in business and in wartime goes to the competitor who does not flinch," Flynn said.

This video includes clips from Donald J. Trump for President Inc., Twitter / @CNNPolitics and the Republican National Convention and images from Getty Images.