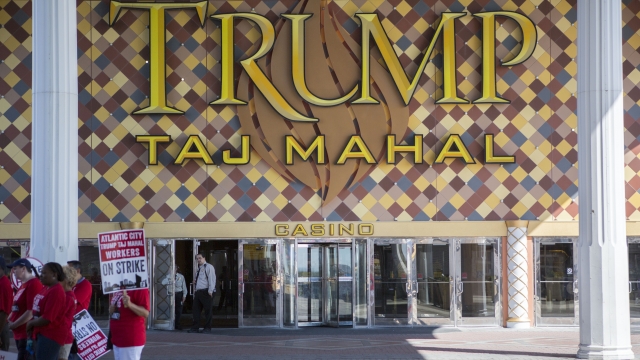 The business cited the ongoing employee strike as the cause.

The self-proclaimed "eighth wonder of the world" is getting ready to close its doors.

The owner of the Trump Taj Mahal in Atlantic City, New Jersey, announced Wednesday the casino and resort will close because of an ongoing employee strike.

While the casino bears the Trump name, the Republican presidential candidate doesn't own it anymore. The resort is owned by Carl Ichan and run by Tropicana Entertainment.

The hospitality workers union walked out July 1 after months of contract negotiations. The workers wanted their health insurance and pension benefits back — something that was cut in 2014 by the previous casino owner.

A statement on the closure said: "Currently the Taj is losing multi-millions a month, and now with this strike, we see no path to profitability. ... [We] have fiduciary duties to shareholders and our directors cannot just allow the Taj to continue burning through tens of millions of dollars."

The resort pointed a finger at the union, blaming it for the failed negotiations, but the union puts the blame on the business.

The Local 54 president put out a statement, saying, "There was no element of trying to reach an agreement here on Ichan's part; it was always 'my way or the highway' from the beginning."

The hotel and casino will close after Labor Day weekend. The owners plan to send out layoff notices to their 3,000 employees in the next two days.