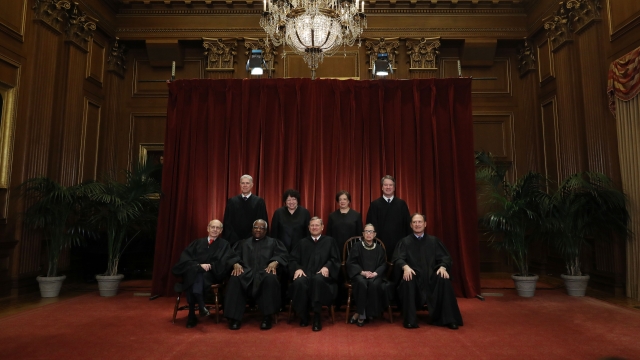 The DA's subpoena of the returns is related to an investigation into the president's role in alleged hush money payments made by Michael Cohen.

President Donald Trump's personal attorneys plan to ask the U.S. Supreme Court to overturn a federal court ruling that the president's accounting firm is required to hand over at least eight years of his personal and corporate tax returns.

In a joint letter filed in court Friday, the president's attorneys and Manhattan's District Attorney laid out a timeline for the process. The lawyers plan to appeal to the Supreme Court by Thursday. The DA will oppose the request, and both sides will file briefs by Nov. 25.

The DA's office first subpoenaed President Trump's accounting firm, Mazars USA, in August. It's investigating the president's role in alleged hush money payments made by Michael Cohen, his former personal attorney, to Stormy Daniels. She alleged during the 2016 presidential campaign that she'd had an affair with President Trump.

Supreme Court rules require four of the nine justices to agree to accept a case. If the justices vote to take on this appeal, they could rule on it during the current term. Opinions can be handed down at any time before the court recesses for the summer in late June.

If the court chooses not to take up the case, the accounting firm will have to start turning documents over to the DA's office.