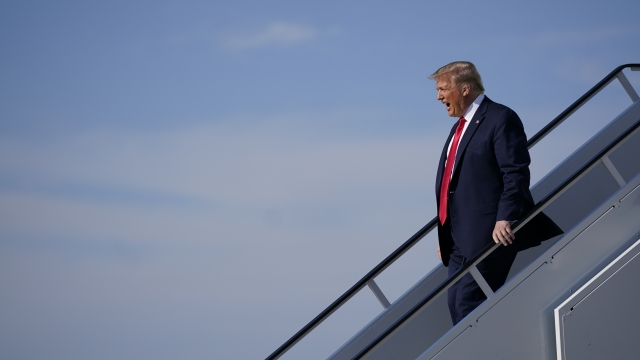 Workers have completed more than 200 miles of barrier along the U.S.-Mexico border.

President Donald Trump plans to travel to Yuma, Arizona, Tuesday to mark the completion of the 200th mile of border wall being built between the U.S. and Mexico.

The president will reportedly be joined by the Acting Department of Homeland Security Secretary Chad Wolf for the occasion, as well as Mark Morgan, who is the acting commissioner of U.S. Customs and Border Protection.

Tuesday's ceremony means border wall workers have many more miles to complete in order to reach President Trump's goal of building "more than 500 miles" of fencing by early next year.

The chief of U.S. border patrol said last week that roughly 210 miles have been constructed and another 306 miles are being worked on.