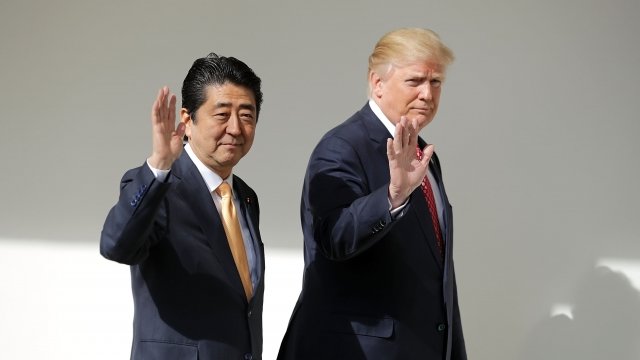 The White House said Monday that Abe and Trump will meet April 17-18 to discuss trade negotiations and North Korea.

News of this summit comes after Trump agreed last month to meet with North Korean leader Kim Jong-un. If the meeting does take place, Trump would be the first sitting U.S. president to meet with a leader from the Hermit Kingdom.

Abe and Trump have already met twice before — once at Mar-a-Lago in February 2017 and again when Trump toured Asia last November.