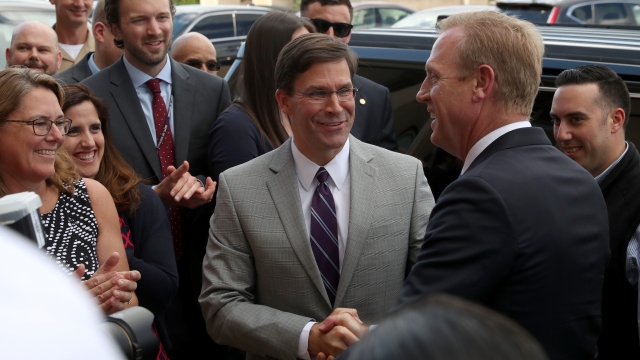 Esper can't be acting defense secretary while he's going through confirmation. Someone else will have to step in during that process.

Esper fought in the Gulf War, and eventually became a defense industry lobbyist. He's been Army Secretary since late 2017.

The position's technically been vacant since Jim Mattis resigned last December. Acting Defense Secretary Pat Shanahan, who has been in that role for all of 2019, had been nominated but resigned and withdrew from consideration on Tuesday.

President Trump tweeted that Shanahan "decided not to go forward with his confirmation process so that he can devote more time to his family." The announcement came shortly after reports surfaced of past violent incidents within Shanahan's family.

The acting role would have to be filled by someone else while Esper goes through confirmation. The next in the line of succession is Navy Secretary Richard Spencer.