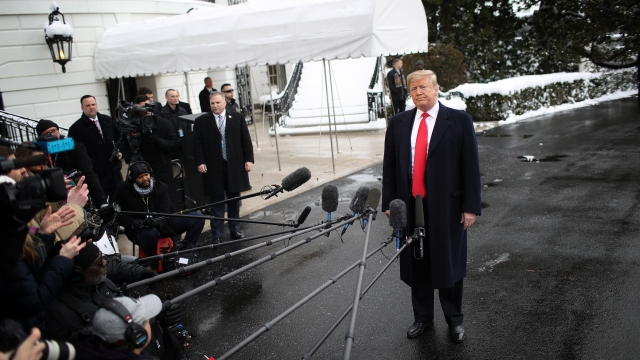 Before taking office, President Donald Trump pledged to eliminate the estate tax, but he wasn't able to get rid of it altogether.

While speaking to the American Farm Bureau, President Donald Trump applauded the changes his administration has made to the estate tax.

"And to keep family farms in the family, we have virtually eliminated the estate tax, also known as the 'death tax,'" Trump said. "The kids, they want to grow up on the farm. They want to someday run the farm, own the farm. And they couldn't because they had very large estate taxes to pay. So they go out and borrow money, and then it turned a little bit bad. And all of the sudden, they'd end up losing the farm because they had to pay the estate tax. We got rid of it, folks."

Did they get rid of it? Well, the key words here are "virtually eliminated."

First, some background: The estate tax applies to assets that are passed down when someone dies. That includes things like property, cash and trusts. The top tax rate has climbed and fallen in the past, but since 2013 it's remained at 40 percent.

Before he took office, the president spoke out against the tax and promised to eliminate it altogether. Instead, it was a compromise. The administration's Tax Cuts and Jobs Act doubled the threshold for the tax so it only applies to estates with a base value of at least $10 million. That threshold is adjusted for inflation each year, so today we're looking at estates worth $11.4 million or more.

According to estimates by the Urban-Brookings Tax Policy Center, these new rules mean the tax applies to less than 0.1 percent of estates passed down in the U.S.

This story is reported in partnership with PolitiFact and is part of an in-depth analysis show called “What the Fact” that airs Sunday mornings on Newsy.