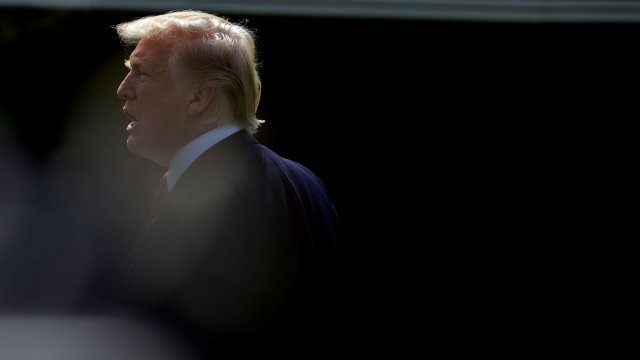 President Trump encouraged Congress to pass a tax reform bill but was light on specifics.

President Donald Trump came to Springfield, Missouri, on Wednesday with one goal in mind: to push tax reform.

"This is our once-in-a-generation opportunity to deliver real tax reform for everyday hardworking Americans," Trump said. "And I am fully committed to working with Congress to get this job done. And I don't want to be disappointed by Congress, do you understand me?"

Speaking at the Loren Cook Company factory, Trump promised a tax reform plan that would lead businesses to bring millions of jobs back to the U.S.

In April, the administration laid out some of its tax reform goals in a one-page plan.

A small group of top decision-makers could be reaching a consensus on key tax reform provisions.

Those goals included cutting the current number of tax brackets by more than half, eliminating "most tax breaks" that benefit "high-income" earners and lowering the tax rate for businesses.

That outline was also light on details — like who would be eligible for which tax brackets and whether or not the White House plan would increase the budget deficit.

Some Democrats, like Missouri's Sen. Claire McCaskill, have said they're open to certain tax reforms. But they also worry that Trump's ideas may only help the wealthy.

The president pressured McCaskill on Twitter and during his speech to get on board with his reform plans.

But a major tax reform may be easier said than done. The tax code hasn't seen a large-scale reform in three decades.